Checkout the Main page for more information about evrApps and more...

The installation consists in simply copying evrDVR - DaVinci Resolve Metadata.exe file into the "Send to" folder of the user currently in use.

Could be possible that some antivirus application (es. Bitdefender or Avira) report that the installation executable or other files in the package as suspected virus and block them.

So, please consider this case during troubleshooting issues.

How to use on Windows 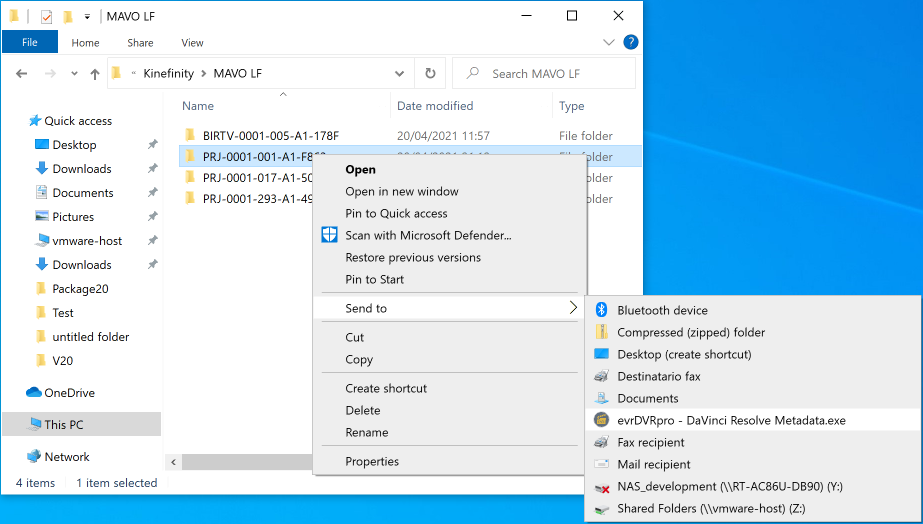 A progress window will open with the list of files that are being processed. 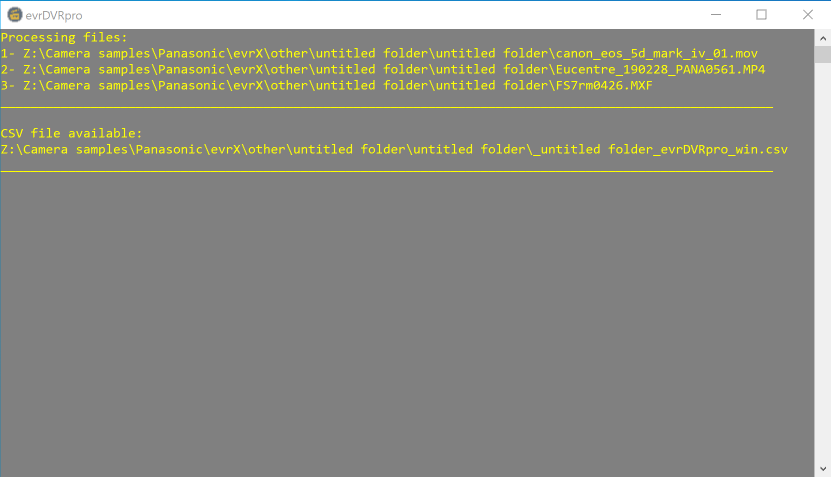 A CSV file will be created with “_FolderName_evrDVR_win .csv" with the Resolve metadata of all media files in the folder and sub folders ready to be imported.

Also a log file with name “_FolderName _evrDVRpro_win.log" will be created for troubleshooting.

Open the DMG package and drag and drop evrDVR 2.app to the Applications folder. 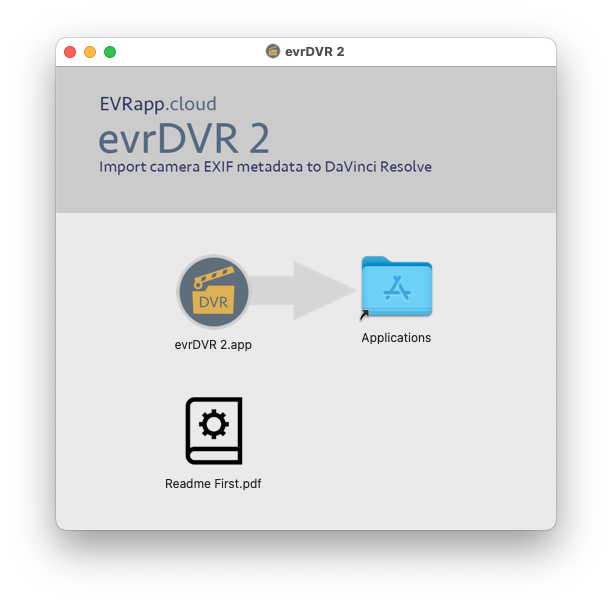 On the first run a pop up window will show up. If you have to activate any paid licence key then insert it into the corresponding field and click Activate. For Demo just click on Try out button (no need of insert any licence key). 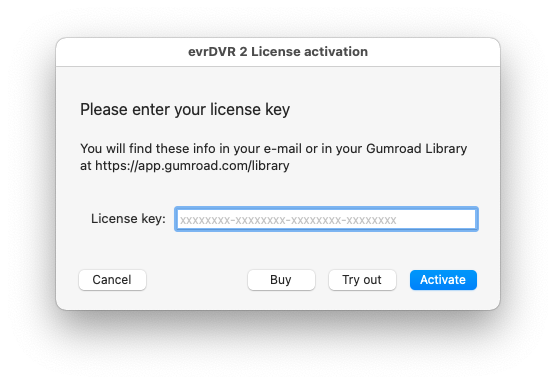 On the first run also, if not yet done, it’s required to install Python 3.
A message will be displayed with a button to download the installation package if evrDVR 2 detects that is not present on your system. 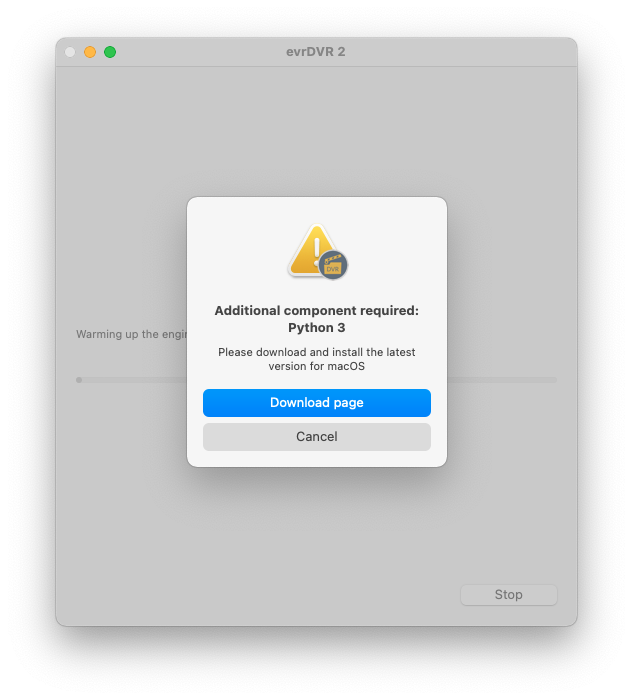 How to use on Mac 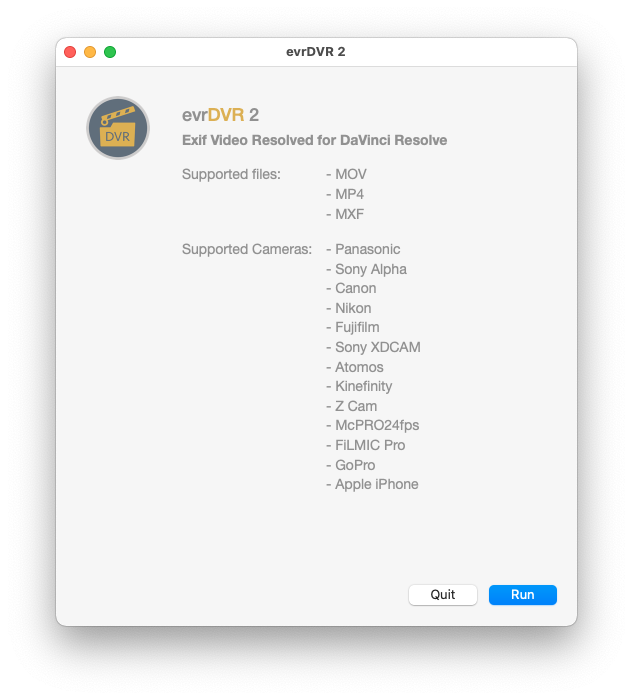 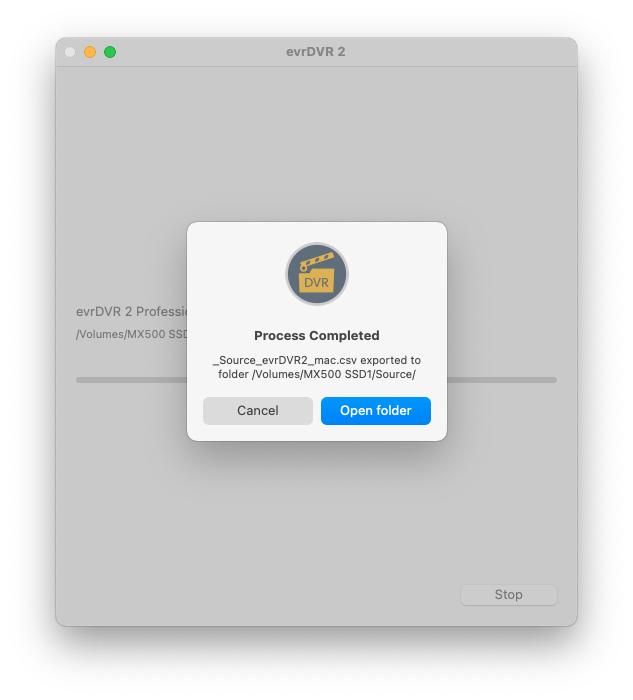 How to import CSV file in Davinci Resolve (win/mac)

Open a project containing clips you want to populate with imported metadata, click the media pool (make sure a red line will be visible if not point n.3 will be not possible) Optionally, select which clips in the Media Pool you want to import metadata to. When the Import Metadata dialog appears, choose a metadata CSV file to import, and click Open. Next, choose which Merge Option you want to use in the Metadata Import dialog.

There are three options:

When you’re finished choosing options, click OK and all available metadata from the source CSV file will be imported.

If the media files have been tagged using the macOS Finder Tag, the information will be reported in Keyword window and in the Flags section in DaVinci Resolve.